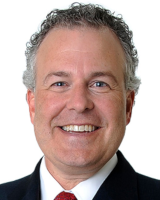 Robert Sartin, the chairman of Frost Brown Todd (FBT), has been one of the prime movers behind the firm’s growth and forward momentum. In 2009, in the wake of the OEM bailouts, Robert demonstrated his leadership when he convened FBT’s Automotive Industry Task Force and later relocated his practice to Nashville where he helped the firm capitalize on the region’s burgeoning auto space. Today, the Automotive Industry Team is among the firm’s most esteemed and accomplished teams; their annual symposium, AutoConnect, draws thought leaders and industry titans from around the globe.

Throughout his decades-long career, Robert has worked in some of the most heavily regulated sectors – from the coal and auto industries, to new ventures in health care and biopharmaceuticals – often acting as lead outside counsel for large national and multinational companies. Robert routinely advises clients on important contractual, transactional, tax and compliance matters, including asset and stock acquisitions, M&A’s, joint venture formation and dissolution, private placements, tax planning, refinancings and corporate restructurings.

Robert also oversees an active practice, fully committed to providing clients with reliable, value-added counsel. As chairman, Robert oversees all 12 of FBT’s offices as well as the firm’s ancillary business ventures. He serves or has served on the Strategic Planning, Finance, Advancement, and Executive Committees.

Represents other OEMs and Tier 1 suppliers in mergers and acquisitions, supply chain management and various other business matters.

Serves as lead outside counsel to international veterinarian equine practice, having represented the company in converting from a corporation to a limited liability company; negotiating member buy-ins and buy-outs; and managing corporate refinancings and other corporate matters.

Served as lead outside counsel to a medical device start-up company, having represented the company in all phases of the start-up, including a multimillion-dollar private placement; interaction with patent counsel; negotiating buy-sell and other operating agreement matters; and negotiating hospital servicing agreements.

Frost Brown Todd’s Bankruptcy and Restructuring Practice is national in scope. Our attorneys take pride in finding practical solutions to restructuring matters, bringing to bear a broad range of experience in the fields of creditors’ rights, insolvency, workouts, corporate reorganizations and corporate liquidations. After analyzing the facts and needs of each situation, we formulate and help our clients implement the best strategy whether litigation, negotiation or a Chapter 11 bankruptcy restructuring. We handle matters involving all aspects of federal bankruptcy law as well as a full range of matters arising under state laws relating to commercial and real estate finance transactions, creditors’ rights, insolvency, workouts, restructurings, business reorganizations and receiverships. In the last five years alone, attorneys in Frost Brown Todd’s Bankruptcy and Restructuring Practice have represented parties in insolvency matters in more than 25 states across the U.S. and worked on significant overseas matters.