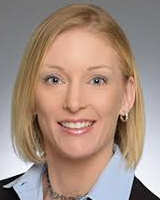 Ashley McDow is a partner with Foley & Lardner LLP, and is admitted to practice law in California and the state of Washington. Ashley is an insolvency and commercial lawyer with significant experience representing parties on every side of a transaction, including debtors-in-possession and creditors’ committees, in both in-court and out-of-court restructurings. Ashley’s experience spans a wide and diverse array of industries, ranging from healthcare to manufacturing, in chapters 7, 9 and 11 of the Bankruptcy Code. Consistently recognized as an exemplary attorney by members of both the bankruptcy bar and the bankruptcy bench, Ashley utilizes her holistic understanding of the bankruptcy process in order to effectively and efficiently represent the interests of her clients.

Ashley has been listed since 2016 in Chambers USA for Bankruptcy/Restructuring in California and as a Southern California Super Lawyers “Rising Star” since 2011. Ashley is the immediate Past Chair of both the Commercial Law Committee and the Executive Committee of the Commercial Law and Bankruptcy Section of the Los Angeles County Bar Association, serves on the editorial board of the California Bankruptcy Journal, and was hand-selected to serve on the United States Bankruptcy Court Central District of California Bar Advisory Board, an organization comprised of a number of bankruptcy judges currently serving on the bench in the Central District of California (including the chief bankruptcy judge), the United States Trustee for Region 16 and a few select restructuring practitioners who have demonstrated an unparalleled commitment to advancing the restructuring practice not only locally, but nationally. Ashley has also authored a number of publications on bankruptcy and commercial law topics, including critical vendor motions, perfection of security interests in intellectual property and the enforcement of state court judgments in bankruptcy.  In addition, Ashley has guest lectured at the University of California Irvine School of Law on insolvency and restructuring matters. Most recently, she was recognized as an honoree of the 2019 American Bankruptcy Institute “40 under 40” Emerging Leaders in insolvency, an award which recognizes insolvency professionals from around the globe under the age of 40 who are setting the standard for excellence in the field.

*Certain of these matters occurred prior to Ashley joining Foley & Lardner LLP.

When facing financial uncertainty and distress, Foley’s Bankruptcy & Business Reorganizations Practice will help you limit losses and enhance value. Whether from the vantage of creditors seeking to maximize recoveries or debtors navigating unique challenges, Foley will partner with you to establish a clear and effective path forward.

With more than 60 restructuring professionals nationwide, Foley’s practice is among the largest and most robust in the nation, representing myriad creditor and debtor constituencies. Foley’s nationally recognized practice emphasizes practical solutions tailored to specific business needs.

Coupling business acumen and industry knowledge, Foley delivers thoughtful legal advice whether in a complex chapter 11, an out-of-court workout, state insolvency framework, creditors’ rights litigation, or strategic acquisition or divestiture. Foley will serve as your trusted advisor and work each step of the way to craft proactive strategies for loss mitigation and counterparty risk as well as realignment in financially distressed industries. We share your vision and understand your particular needs. This is why Foley has become the law firm of choice for many of the most difficult and challenging high-stakes restructuring matters in the United States.