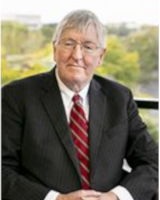 Michael is a board certified commercial and consumer bankruptcy specialist (American Bankruptcy Board of Certification). He is admitted to the New York State Bar, as well as the United States District Court for the Southern, Eastern and Northern Districts of New York, the Second Circuit Court of Appeals and the United States Supreme Court. His concentration of practice is in the representation of debtors and trustees in bankruptcy liquidations and reorganizations.

At O’Connor First, we represent insurance companies, self-insured businesses and medical professionals in a wide range of insurance defense and litigation matters. We are a full-service firm, handling litigation, administrative issues, serving as panel counsel, and acting as local counsel and in other capacities, such as mediators.

Serving clients throughout New York and Vermont, we have built a reputation for providing trusted legal counsel and skilled trial advocacy – which we believe are the key to achieving results. We understand the financial pressures our clients are facing and always work to provide cost-effective legal solutions.